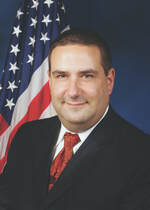 As president and CEO, Shivers leads PACB’s efforts to increase the organization’s relevance and value to Pennsylvania’s community banking industry by offering programs and services that keep banks competitive and thriving, raising the impact of advocacy efforts in behalf of the Commonwealth’s community banking professionals and consumers, and working to strengthen PACB’s membership base and extensive network of donors, sponsors, partners, and other stakeholders.

Although Shivers is new to PACB’s leadership team, he has been involved with community banking for nearly his entire life. Shivers was raised in a community-banking household and spent 17 years leading a statewide small-business organization where he had the opportunity to work closely PACB members, leaders, and staff. Through the years, Shivers partnered with PACB on a variety of privacy, tax, and regulatory issues at the federal and state level.

Shivers brings extensive experience in association management, including strategic planning, public policy, and advocacy. Previously, Shivers served as executive director of the Pennsylvania Medical Society’s Specialty Society Management Services, where he led a 25-person team that supported over 30 medical-specialty and professional trade associations. Prior to that, he served the Pennsylvania chapter of the National Federation of Independent Business (NFIB) for nearly 17 years, first as state director and later as executive state director. Before joining NFIB, Shivers served on the personal staff of Pennsylvania governors Tom Ridge and Mark Schweiker. 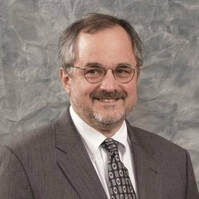 ​Peter Knight, Director, Government Relations, joined FHLBank Pittsburgh in 2002. In this role, he continues his years of work in Washington, D.C.’s public policy arena, addressing financial services’ issues that are relevant to the Bank and to the industry as a whole.

Prior to joining the Bank, Peter worked in the public and private sectors in the area of government relations for Fannie Mae, the National Association of REALTORs, the National Council of Savings Institutions which subsequently became America’s Community Bankers, the Resolution Trust Corporation and the FDIC. Previously, he worked for several members of Congress who served on the House Banking Committee.

Peter received his Bachelors’ degree in History from Yale University.

His contributions to financial services’ laws have been significant and include the Garn-St Germain Act, Financial Institutions Reform, Recovery and Enforcement Act (FIRREA) and the Gramm Leach Bliley Act.

​Dan has advocated the banking industry's positions on state legislative issues affecting the industry before the PA General Assembly and state agencies as PA Bankers Association’s Vice President of Government Relations since 1991. His responsibilities include day-to-day lobbying of members of the General Assembly and legislative staff, coordinating the development of PA Bankers’ positions on issues with volunteer bankers serving on various association government relations committees. In addition, he is involved in the annual PaBPAC fundraising campaign and state legislative grassroots activities. He has been with PA Bankers Association for over 30 years.

He also serves on the Board of the Commonwealth Cornerstone Group, a mission-driven nonprofit established by the Pennsylvania Housing Finance Agency to enhance, strengthen and revitalize low-income communities throughout Pennsylvania and to stimulate economic opportunities for low-income residents through the creation of jobs, enhancement of wealth and the provision of services within these communities.

Dan has served as President of the Harrisburg Trade Association Executives and is a member of the Pennsylvania Association of Government Relations, an organization of government relations professionals based in Harrisburg.  He also is a graduate of the U.S. Chamber of Commerce Institute for Organization Management program, which is a comprehensive course of study in nonprofit management.

He is actively involved in the Cathedral Parish of St. Patrick, Harrisburg, chairing its recently formed Mercy Matters (Catholic Social Ministry) Committee, and serving on the Parish Finance Council, as a Lector, and on Harrisburg Catholic Elementary School’s Development Committee. He also serves as a member of the Diocese of Harrisburg’s Commission on Catholic Social Doctrine.

He and his wife Lisa reside in Mechanicsburg.