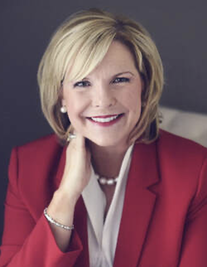 In February 2007, Patricia A. Husic led a team of shareholders to acquire and establish Centric Bank and Centric Financial Corporation, where she serves as President and Chief Executive Officer. Under her leadership, total assets have grown to over $800 million. Centric is a leader in organic loan growth, a top SBA lender in the Commonwealth, a three-time recipient of the Best Places to Work in Pennsylvania, a six-time award winner of the 50 Fastest Growing Companies in central Pennsylvania, and recognized as a “Best Bank to Work for in the US”, by American Banker.

Ms. Husic is a member of the Board of Directors of the American Bankers Association, chairs the compensation committee and serves on the ABA’s Nominating Committee. She was Chair of the Pennsylvania Bankers Association, and a member of the Board for 5 years. Ms. Husic was instrumental in creating and implementing the Women in Banking program as the 3rd female chair in the Association’s 124 year history, and led this initiative for the first 3 years of the program. She was awarded the “Women of Influence” award by PA Bankers for her start-up of the Women in Banking program and subsequently, the award has now been named after her as founder of this initiative.

Husic was recognized and honored by American Banker as one of the “25 Most Powerful Women in Banking in the US” for 2015, 2016, 2017, and 2018, and a “25 Women to Watch” in 2011, 2013, & 2014. An Athena award winner, YWCA’s Women of Excellence recipient, 2016 Business Women of the Year by the West Shore and Carlisle Chamber of Commerce & Business Women’s Forum, and a Woman of Influence in Central PA and inducted into the Circle of Excellence by the CPBJ. Currently, Patti is a Director for the Geisinger/Holy Spirit Hospital and was the Chair of the 2016/2017 Go Red for Women Campaign with the American Heart Association and currently serves on the Go Red for Women Executive Leadership Team. Over the past 20 years, her volunteer and community involvement included numerous organizations in the Central Pennsylvania area.

Ms. Husic is a graduate of Temple University where she earned her B.B.A. in Business Administration. She is also a Certified Public Accountant in the Commonwealth of Pennsylvania and a proud banking ambassador. Ms. Husic can be found on Twitter @PattiHusicCEO. 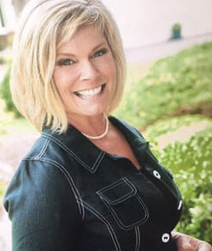 For the past 28 years, Karen Thomas has been heavily involved in the broadcast industry.  Currently, Karen is an on air guest host for the number one National TV Retailer QVC.  As a Certified Broadcast Meteorologist, Karen  worked on air as a weekend Weather Anchor and broadcaster for NBC 10 in Philadelphia.  Before that, Karen, spent 10 years as Fox 29’s weekend meteorologist and weather reporter.

Working on the air in major market television, has provided Karen vast public speaking and presentation experience.  In 2012, Karen was hired as a guest lecturer of Public Speaking at the Wharton Business School at The University of Pennsylvania, Pa.  Ultimately, this lead Karen to a full-time faculty position with Neumann University’s  Communications Program.  She spent 7 years as a Communications Instructor and was promoted to Assistant Professor in 2017.  Karen not only taught Communications, Public Speaking and Presentations, but Karen has worked to grow the Digital Media program while she and her students won two College Emmy awards from the National Academy of TV Arts and Sciences, Mid-Atlantic Chapter.
​
While on “special assignment” from Neumann University in 2015, Karen was hired as the Assistant Director of Media for The World Meeting of Families/Papal visit in Philadelphia, Pa. She helped coordinate and schedule nearly 7000 media personnel from around the world for the historic event.

Presentations Now, LLC.  is a consulting firm that Karen founded eight years ago.  She works with clients to enhance their overall persona and public speaking style.  Karen developed a Four Step Coaching module that focuses on confidence development, public presentation, introduction, voice projection, public image and proper interviewing skills.  Karen also works with clients in customizing and starring in their own Personal Commercial.
Karen believes everyone deserves an “edge” so she works diligently to assist each client to find their voice and express it with confidence!

As one of the first female gastroenterologists practicing in the Philadelphia area, Marianne T. Ritchie, MD has been a pioneer in the field for over 30 years. Dr. Ritchie earned her undergraduate degree from St. Joseph’s University and her medical degree from Jefferson Medical College. After training at Memorial Sloan Kettering Cancer Center, the world’s oldest all-cancer hospital, Dr. Ritchie returned to Philadelphia, where she has practiced at The Lankenau Hospital and at Temple University Hospital.

Currently Dr. Ritchie is an Associate Professor at Thomas Jefferson University Hospital where she has held several leadership roles including President of the Jefferson Medical College Alumni Association.  She is the foundress of the Annual Women’s Forum which has continued for over 30 years.  Dr. Ritchie has also served in teaching roles with medical students, residents, and fellows.

She is the Director of PINK PLUS®, an innovative program that bundles women’s cancer screenings – inviting women to have a mammogram, a gynecologic exam and a pre-colonoscopy consult in one visit.  By spearheading this program, Dr. Ritchie is leading the charge towards more effective, equitable, and accessible cancer screenings.  She has published her results and has been invited to speak at national and international meetings.

Dr. Ritchie is also the Director of the BLUE LIGHTS CAMPAIGN® - an initiative to increase the public’s awareness of colorectal cancer by lighting buildings across Pennsylvania in blue each March.  This year the Campaign will include all State Capitols, finally marking it as a national effort. In 2017, Dr. Ritchie was awarded the highest national award for promoting awareness and education about colon cancer and screening by The American College of Gastroenterology at the World Congress of Gastroenterology.   www.bluelightscampaign.com

On February 12, 2022 Ritchie will begin Season 3 as the host of Your Radio Doctor®,
on WPHT, talk radio station 1210 AM; the only all-medical talk radio show in the greater Philadelphia region with a national reach via podcast. Each week she interviews physicians and researchers from top academic centers around the country aiming to provide a greater understanding of various health topics for her growing audience.  www.yourradiodoctor.com

For the past four years, she has been featured as the Medical Contributor in a weekly talk-radio show on WPHT called Women to Watch®, which highlights stories of women leaders.

Dr. Ritchie is a recognized author and has been a regular contributor to PhillyVoice, as well as a public speaker and has made multiple media appearances. She is also a member of national and international medical societies and a former member of the Colorectal Cancer Alliance. 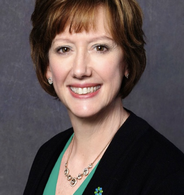 Jeane Vidoni knows the power of community banking to help businesses and families thrive.  As president and CEO of Penn Community Bank, Jeane inspires its dynamic, dedicated team to fulfill the bank’s mission to act as a catalyst for growth in every community it serves. Jeane leads a team of more than 350 employees at the largest mutual financial institution based in Southeastern Pennsylvania.
​
Her primary mission is to ensure that Bucks and Montgomery counties and the surrounding areas have the option to do business with a locally based, independently run bank for decades to come.  Over the course of more than 35 years in banking, Jeane served in various roles at financial institutions of all sizes throughout the Philadelphia region, gaining insight into the workings of community, regional and corporate banks.

Jeane donates her time and leadership talents to several industry groups, including as Chair of Community Depository Institutions Advisory Council (CDIAC) of the Federal Reserve Bank of Philadelphia, and as Pennsylvania Member Director on the board of directors of the Federal Home Loan Bank (FHLB) of Pittsburgh, which supports homeownership programs throughout Delaware, West Virginia, and Pennsylvania.
​
She is committed to fulfilling Penn Community Bank’s mission to act as a catalyst for growth in the communities it serves, representing the bank as a member of the Bucks County Workforce and Economic Development Board, immediate past president of the board of directors of the Central Bucks Chamber of Commerce, member of the advisory council of Habitat for Humanity of Bucks County, and on the board of directors of the United Way of Bucks County. A graduate of Muhlenberg College, Jeane holds an MBA from Saint Joseph’s University. She lives in Doylestown, Bucks County.